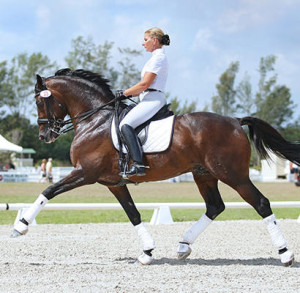 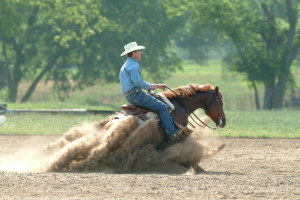 A number of years ago, at the prompting of a friend who thought I spent too much time with horses, I took up a hobby. I began playing pasture pool, more often referred to as golf.

Golf, as it was explained, is a fun game of hitting a little ball around a long trail course and into a small hole at the end of each set of obstacles. That was a great way to get me interested since what I had seen on TV really didn’t fascinate me very much. Oddly, I was able to make a mental connection between the game and going on a trail ride.

Practice was around the barn, the arena, the pastures, trees, and the ponds here at the ranch prior to venturing out to the actual course. It became pretty interesting how each club would cause the ball to do different things. The lower numbers would keep the ball low to the ground prior to sending it off to the right. The higher numbers tossed it into the air and toward the right sooner.

Eventually, distance, direction, and club choice began to take shape.. The arena was a sand trap, the pastures a fairway, the trees defenders (this is my game), and the ponds…..well, they are an imposing obstacle. It seemed no matter how close or how far from the edge of the pond, that little ball seemed to find it’s way right into the middle of it.

The first adventure onto an official course came about more because growing tired of mowing over lost balls and fixing the skylights on my barn rather than feeling truly ready, though practice did show signs of being able to play a round without anybody getting hurt.

A visit to the pro shop to sign in, get the score sheet, and a small bucket of golf balls was the next step. The pro was a nice young man who asked if this was my first time. Perhaps the old tennis shoes, jeans, hat, and confused look on my face gave it away. He asked if I wanted a lesson. Ha! Of all things. A lesson on hitting a little ball around a pasture? Please. Who would pay for such a thing.

A small bucket of balls was purchased, a golf cart was rented, and directions to the first tee were explained. Here was the first mistake. Probably should have picked a less busy time of day. It seems every avid and excellent golfer in the area was on hand for my first whack at the ball. From then on there were many lessons on golfing etiquette handed out by those playing behind. I learned what “can we play through” means. Also apparently “keep your driver in the bag” doesn’t mean have another drink before getting back in the cart.

Mistake number two was in not buying the large bucket of balls.. In just one 4 hour trip around the trail course and back to the barn (club house), just 2 of those nasty little white uncontrollable, water sensing things were left. But there were some left! So it was decided that quitting after nine holes was a necessity rather than an option.

Proudly, the little pail with just a couple of balls still in it, was placed on the counter in front of the pro, accompanied by a declaration that a good round and fun were had.. Didn’t even need the whole bucket! Obviously all the practice paid off. Standing there expecting some sort of refund, the pro announced that those golf balls were for the practice range and not the course. There was no refund.

He explained there was a difference between “shag” balls and regulation golf balls, and that they preferred we not use those on the course. It seems the “shag” version are pretty unpredictable, don’t carry as well, and are a cheap, often damaged practice ball compared to the fancy official ones. Obviously. He then reached under the counter and produced a small box of 3 brand new golf balls. I noticed the price. “Are you serious!!” It would take a bunch of those little boxes to fill up a small bucket. Enough to play a round.

Wisely, subsequent outings were a combination of old golf balls in my bag and 3 new ones to use in very well chosen spots and only rare occasions, like when someone was watching, such as teeing off. By the way, why is there always a big crowd at the tee box? Do they watch in the hopes of seeing a great shot or to feel better about their own game.

Over the next few months a round was played a couple times a week with slow yet measurable improvement. It was fun to develop a strategy, figure out the distances, and return with more left over golf balls. At this point I was getting rather hooked on this little game and found the concept of a lesson almost appealing and not so ridiculous.

Now comes the third mistake. The pro was hired and the lessons began.. We went to the driving range. Wow! So this is the place he spoke of way back when. It was a wide open pasture with markers and targets for distance and accuracy. A place where you could warm up, try out the clubs, and get a feel for how to hit those nasty little white things. Who knew? He spent the entire hour explaining all the things wrong with such a unique swing and tried to make adjustments. I thanked him for his time, paid him a donation, and we parted friends. Even though he mentioned on more than one occasion that people should take lessons in the beginning rather than waiting until bad habits had been established. Actually what had been created over time was a signature swing! For now it worked way better than what he was trying to show me.

For the next few weeks, thinking too much became a problem. Even though the pro’s concepts and techniques were consciously dismissed, there was that little voice inside that kept urging me to try it and change to what is considered the right way. What could be remembered from the lesson was slowly applied and over time there was improvement. The awkwardness subsided and a comfortable feeling took it’s place. So comfortable in fact, that it was time to invite a friend along to play. Up until now, I had only golfed by myself. Not counting all those groups who played through.

It’s funny how a golfing partner takes it upon themselves to also become your coach, score keeper, spotter, and that little voice of doubt. “You should hold it like this, use your pitching wedge, keep your arm straight, watch out for the water on the right!” Still, they are your friends and you trust them. Plus they usually carry another bag of extra golf balls that may come in handy. Unfortunately, they also count every shot.

On one particularly hot summer day my friend (we’ll call him Scott) and I went to out to play a round of golf. It was too hot to ride. It was actually cooler on the course, partly because we spent so much time in the trees.

Then there was this one hole that had challenged me for quite some time. I even had a name for it and it wasn’t number 9. There was water (streams) on both sides of the green with a narrow opening to the hole. Depending on where you hit from the choices were to ground it between the 2 water hazards, fly it over the water, or lay up short. Normally, laying up was the right play. My friend had a better idea. “You can make it over with a 5 wood from here easy.” Trust test number 1. He was wrong. From what we could tell, the ball went into the trees and down into the water, way right. He laughed, and then laid up short.

Eventually we ended up where we were sure the ball had gone into the water. We checked the edges of the stream with no luck. Just as we were about to give up, there it was, right in the center of the narrow and seemingly shallow creek. After reaching out as far as possible to retrieve the important ball (we were down to only a few left between us) it was determined that even using a club still left me just a few inches short of snagging it. Water apparently makes objects appear closer than they actually are. Scotts offer to hold onto my belt while stretched out into the stream for the extra distance seemed good at the time. Trust test number 2. Turns out he failed me again.

After the sediment from all the stirring settled out, the ball was successfully retrieved. Unfortunately, it wasn’t mine. It seems that one had rolled just over the back edge of the green and a safe put away from the hole. We never thought to look there. It must have ricocheted off a tree.

The remainder of the round was played with squishing shoes and a bit of a chill. The good news is that I soundly defeated my friend on this day. He couldn’t quit laughing long enough to hit a decent shot the rest of the round.

Playing the game of golf on a regular basis has since discontinued. If there is time for a trail ride, I’ll take my horse.

In all of the instances above there were always choices. There is also a root cause to every situation. Too often we are unable to see the results of the choices, or can clearly discover the root cause of a dilemma until after the fact.

As to the water hazard incident, was I wrong in thinking my friend would actually hold on or did it trace back to an earlier time? A different club would have changed things. Still further back, perhaps I could have taken lessons sooner that would have corrected my shots. And further back yet, I could have chosen stamp collecting as my hobby. Who knows where the root cause actually began. The lessons learned and the solutions discovered are actually more important than figuring out where you went wrong. Just be smart enough to adjust, and always carry a towel in your bag.

When working with your horse, similar opportunities present themselves on a daily basis. We all make mistakes in training, or sometimes mistakes are sent to us from previous teaching. It doesn’t really matter, it’s in the past. Fortunately most horses have a good sense of humor and will allow you to adjust and try again, like a mulligan!. It’s ok to mentally backtrack to places where you could have done something differently, yet in the end what you do now is the only thing that will actually matter. I recommend taking lessons to increase your chances of making proper adjustments. Going back is for reflection, going nowhere is for prevention, going forward is for perfection.